Every day on the ranch is like a week!

A ranch with 260 alpacas has a lot going on all the time.  Sometimes every day feels like a week! 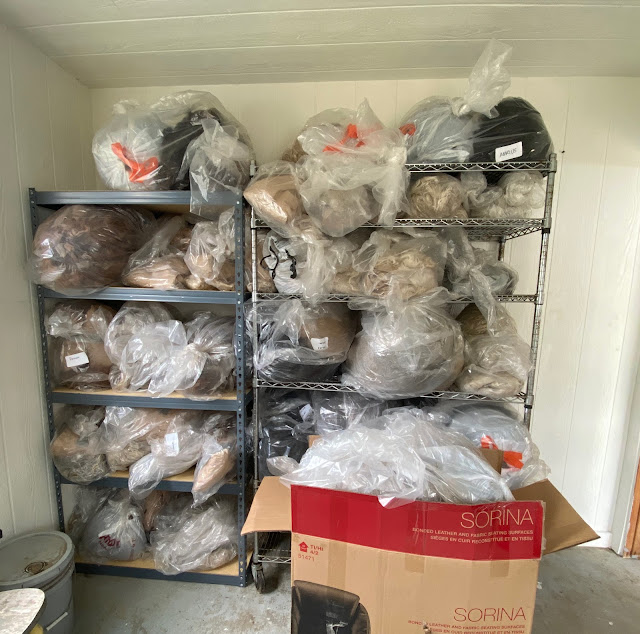 After shearing and dividing all the fleeces by owner, we put the ones that belonged to our boarders on shelves in the warm room in the barn.  It’s the only place where we can close fairly secure doors and have it be safe from pesky creatures (like rats and sneaky dogs).  By the way, if some of those fleeces are yours, please call about coming to get them.  :-) 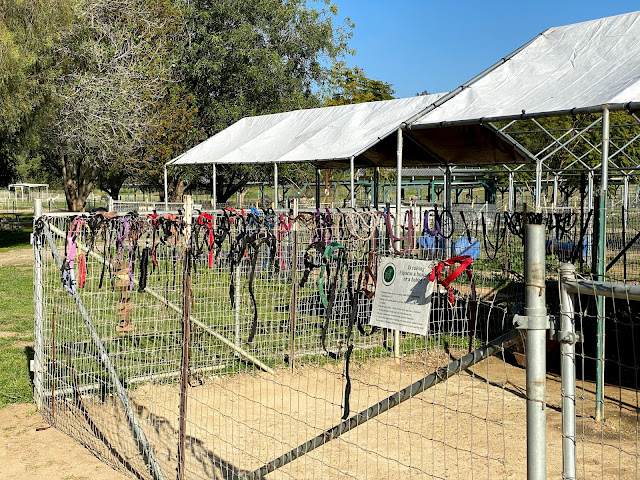 After shearing we washed all the halters.  And the walls.  And lots of rags.  Their real colors came back after having been masked in a coating of green slime. 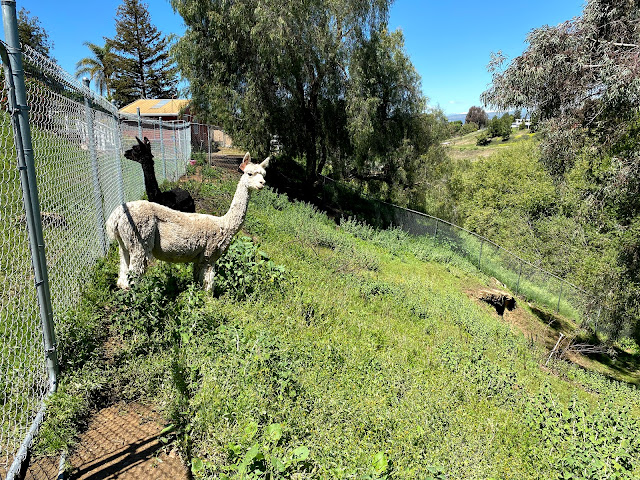 A couple of our retired girls recently left to go to their cushy new home in nearby Simi Valley.  They have tons of fresh green stuff to graze during the day and a cozy enclosure in the evening to munch and sleep safely. They follow their new mom around like puppy dogs.  It’s a match made in heaven. 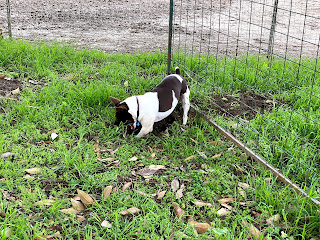 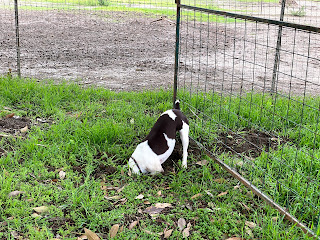 New gopher mounds erupt daily on the ranch.  We have been pretty free of them all winter, but they have made their annual debut with lots of fanfare.  Klick (AKA “Rat Patrol”) is on the job!  He can dig faster than any other dog I have ever seen.  He’s also really fast!  His little girlfriend Kallie is starting to learn the ropes.  The floppy rabbit toy is no longer just something to chew on.  Now it gets convincingly shaken every time she picks it up.  She’s a going to be a force to be reckoned with. 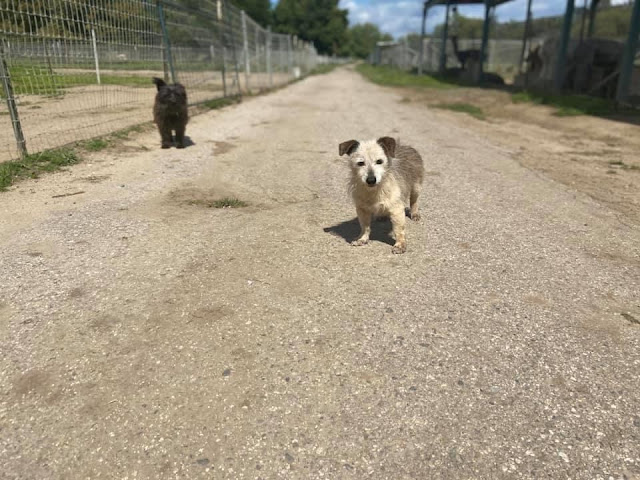 Our little “squirrel dogs” are much more active now that they weather is warmer, too.  They came to us several years ago now from a rescue that wasn’t able to socialize them as pets, although they had tried everything.  Coming out of a rescue litter of 120 terriers in someone’s back yard, these 2 just never warmed up to people.  Rather than put them down, Pearla and Dallas came to live on the ranch.  Pearla will take a treat from my hand now, but Dallas still stands a long way off.  They are happy little guys, though.  After all, what more does a terrier need than a Territory, a Job, and an endless supply of creatures to chase? 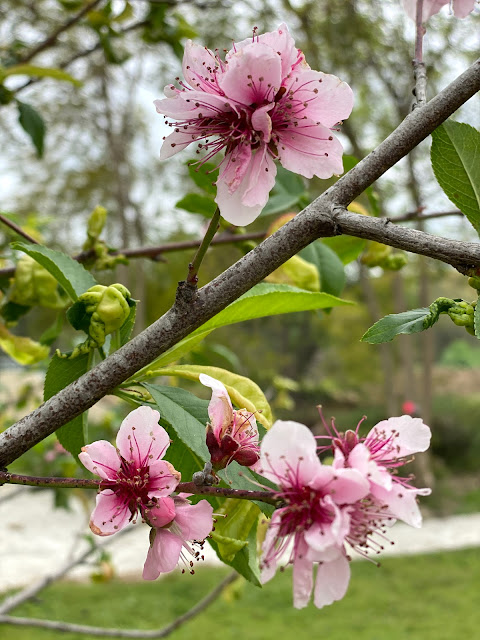 Everywhere I look now there are blossoms!  The plum tree is blossoming, the peach tree just finished, and the zucchini plants are showing off with big yellow flowers.  I think you could feed the world with a few zucchini plants!  I’m also growing some tomatoes, lettuce, spaghetti squash, and blueberries this year.  2 rat terriers and an Aussie in my yard is giving me confidence that we might derive some benefit from the garden without interference from the local thieves—squirrels, gophers, rabbits… you name it. 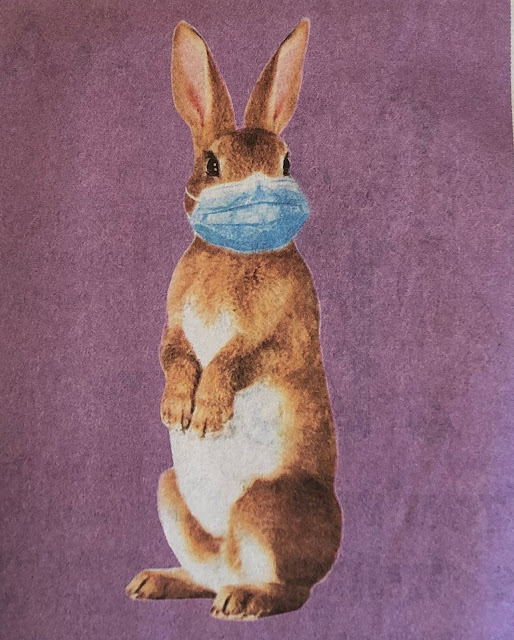 BTW…I found this varmint hopping through the yard a few days ago.  It appears the Easter Bunny felt the need to take precautions in delivering so many baskets… 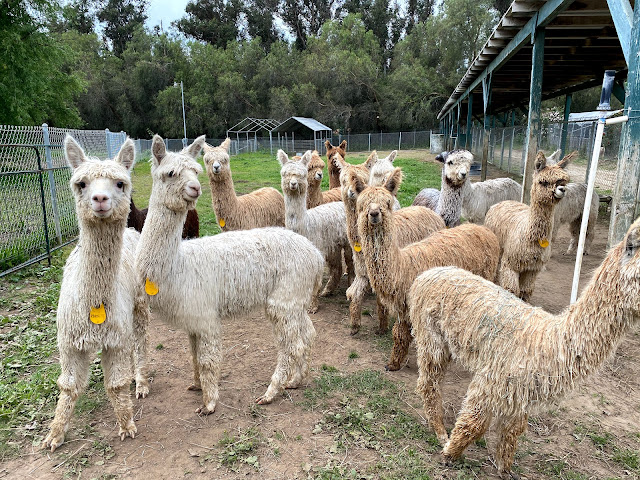 Our little show string is enjoying the new grass in their pasture.  We’re letting a few of them grow through the summer this year—something I haven’t tried in several years.  But these fleeces are so pretty I just couldn’t shear them this time.  I’m still have hope that AOA will declare that suris should be shorn every year like huacayas in order to show, but it hasn’t happened yet.  We’ll see how it goes.

We’ve got our fingers crossed that there will be a couple of alpaca shows this fall. :-)